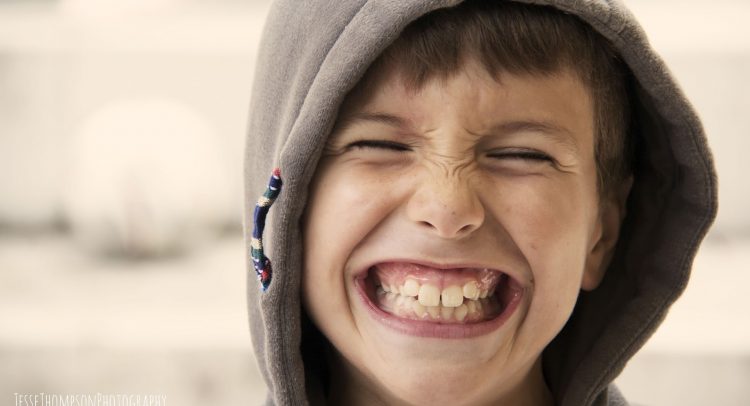 I love working with kids. I’m sure any school teacher, child care worker, play therapist, or anyone who works with children would agree with me in thinking that there is something special about it. I think it’s a combination of their innocence to see the good in the worst of situations, their amazing ability to adapt to circumstances or to bounce back, their unapologetic imagination, their brutal honesty and let’s face it – they’re just so damn funny! There is something about that cheeky ten year old, that polite fifteen year old, that hilarious five year old and everyone in between that makes every day an interesting one. These are the moments that I recall so clearly. Above the tears and the apparent heartache we sometimes have to put them through to get tests done, and above the really sick children who make us sad when we think about them, are those moments that just make me smile…

For example, cuteness gets me every time:

Like the really inquisitive five year old girl who needed to be watched in emergency overnight for four hours after being given some adrenaline for an allergic reaction. It was obviously past her bedtime but she was awake with all the excitement of coming in the ambulance (yes she was very very excited about this). I mentioned that we will need to watch her for about four hours and after that point if she is stable then I’d be happy for them to go home. As I left the cubicle I heard the little patient ask her dad with the greatest amount of concern and genuine worry “Dad, how to doctors go to sleep if they are in the hospital all the time??”

Or that time I had to see a two year old girl with bright red rosy cheeks and curly blonde ringlets. She looked like some one out of a story book – well if she was smiling she would have. She had a sky high fever, she was miserable, clinging to mum with one arm, clinging to her teddy with the other. She stared at me when I walked in, noticed my stethoscope, looked me dead in the eye and said “Fix me”. I was pretty impressed that this little two year old registered that I was a doctor and my role was to try and help her. Obviously she had good experiences with doctors in the past because it’s not uncommon the reaction is the opposite – they notice the stethoscope then start screaming. After checking her over it was clear she had a viral ear infection. I gave her my favourite concoction of Paracetamol and Ibuprofen together, gave it twenty minutes to kick in, then gave her an icy pole to see if she’d take any fluids, then retuned to check on her. I walked in to the room to see if she had improved..
“KNUCKLES!!!” she said to me as she holds her fist up to me.
“If she wants to give you her gangster knuckles then she’s back to normal” says mum
So I knock knuckles with this gorgeous two year old who now could be in that story book I mentioned and realise my work here is done!

Or cuteness was epitomised the time I had to try my best to distract a 3 year old while I was trying to get popcorn out of his nose (yes kids put anything and everything their nose and ears) I trid to get him talking.. Do you have brothers or sisters? What are their names? What’s your favourite movie etc etc.
My favourite answer.. “Who’s your best friend?”
“Mum!”
*heart melt*

Then there are the kids who really put us in our place..

During one of those horrendous nights where the waiting times in Emergency are longer than five hours and all the more urgent unwell children keep having to be seen first and the kids with the coughs and runny nose unfortunately have to wait longer and longer, I went to the waiting room to bring one of them in. I call out and see mum walk towards me, then a little 4 year old taps my leg. I look down and see this little blonde mop of hair looking up at me.. “Where have you been? Did you know I have been here for hours? You should have taken me first”
Fair enough. Wish it worked that way!

Or I remember that 7 year old with fairly severe croup who needed to have a few doses of Adrenaline. When they’re that sick we have to put them in to a different area of Emergency called “Resus” where there is one on one nursing and more monitoring available. Unfortunately though at night I have to spread my time between there and the rest of the Paediatric section which is in a different area altogether. So I usually stay there until the patient is relatively stable, go back to the other side, see and start managing who I can then go back to check on the kids in Resus periodically. This night, after making sure the child with croup was stable I got held up in the other side for while sorting out a child who had started to become more unwell. It was a while before I got back to the child in Resus. He was doing really well which was great but he wasn’t too happy about it though..
“So. Doctor. Where have YOU been? It’s been a while”

Then there are the real “smarty pants” The sarcastic, whitty type. You know what I mean..

Like the 7 year old boy with asthma who we were watching in Emergency to see if he improved with just the puffers or if we needed to give him medicine through the drip too. I went in to check on him and was sitting there with oxygen prongs in his nose scoffing his KFC!
“KFC hey? Where’s my share?” I asked jokingly
“Oh yeah. You have a share. It’s at the store”
Not enough attitude? How about this one..
11 year old boy broke his wrist after falling down. I needed to put a plaster on him and since we had some medical students I took them in to watch how to do it. Of course I had to ask for consent from mum who was happy for them to be there. Then I said to the patient:
“Hey matey do you mind being the guinea pig so the students can learn?”
“Hmm” He contemplated with that cheeky, hand on chin, pondering look and said to me “Depends. How much are you going to pay me?”

Got to love kids!!

I have stories like this from every shift. Things that make me smile even months after it has happened. No child is the same, no situation is the same, so no shift is the same. The best job in the world? It might just be!