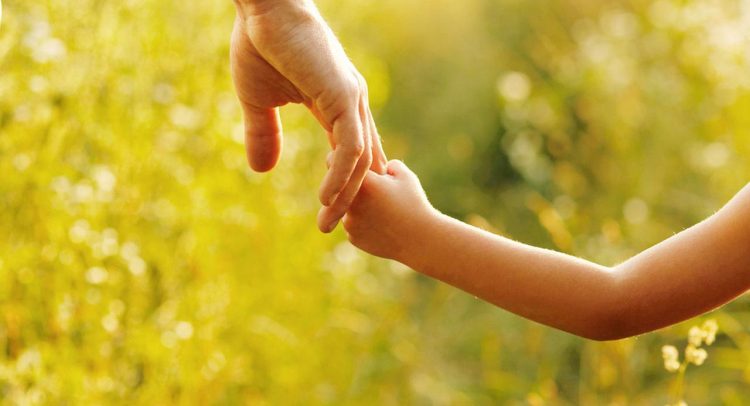 Be healthy, be happy, be kind. I know I harp on about the last point so much. Maybe because it has such a big impact on the other two. Maybe it’s because it’s the one that receives the least awareness out in the ether. There are plenty who have their own crazy ideas on how to be healthy – take Paleo Pete for example who is a self confessed expert on this topic. As for “be happy” there are ample Instagram sensations making a living off telling people how to lead a happy life. But there isn’t all that much fuss out there about just good old kindness.

So I’ve been thinking a lot about kindness recently. What does it mean to be kind? Family helping each other out in times of difficulty? Friends being there for one another? Helping an elderly person take their shopping to their front step? Or at work..the kind nurse who comforts a struggling mum who is at the end of her tether with two children under the age of two? The kind doctor who repeats the same explanation five times just to make sure the parents understand what is going on? The kind parent of a sick child who helps another family in a time of need? Of course these are all acts of kindness. We are often lucky enough to see this almost every day. But what about going above and beyond for someone, not in a way that is convenient, but in a way that even if it is totally inconvenient we do it anyway? I’m not talking about the celebrity who has squillions of dollars and spares a fraction for a charity (yes of course that is amazing and helps humanity and is more than what most can say) but I mean people like volunteers for example, or those who don’t have much to begin with helping more than they can. I mean the people who take kindness to the next level. That true hard to find kindness that means that even if you can’t, even if it’s hard and out of your way, even if it’s inconvenient – you still help. Even though that’s hard to find, I think I know where to find it – Foster parents.

It wasn’t until I started working in Paediatrics that I realised how many children are in foster care. I was oblivious to the fact that there are so so many disrupted families, so many children without real homes or parents who can or WANT care for them, so many children who are just lost in every sense of the word. It was so heartbreaking to learn of this. But unfortunately we see it all the time. And then I learnt of these people – I could go as far as calling them angels. People who have had their families and wanted to help, or people who couldn’t have families but wanted to raise a child, people who wanted to give more children a better life, people who want to give back. No matter what their story was, the amazing foster parents I have met over the years have taken the meaning of kindness to a whole new level. It’s not easy taking on a child from a disrupted home, where usually the child has already started to develop a range of behaviours and habits that reflect their chaotic life. Or a child who has tragically lost both parents and need a home. Other times they take on a severely disabled child with so many medical problems that their drug effects parents couldn’t handle it. (forget being politically incorrect – I’m just telling it how it is. We see it all the time) Often these “parents” are often more true parents to these children than their biological parents will ever be. They have so much space in their heart that it takes a special person to be a foster parent..

I was working in a rural hospital once and we had a 4 year old girl come in to emergency with a fever. Fever! My favourite reason to see children in emergency 😃 But I received a phone call from the consultant Paediatrician telling me to see her immediately and to admit her in to hospital. Everyone on the ward knew of her and was almost scared when I mentioned she was coming. Finally I learnt that she is so severely unwell that any little infection can tip her over the edge and she had nearly died about 3 times on the ward. She had a very significant heart and lung disease and it was only a matter of time before she wouldn’t be able to be revived. She was on the waiting list for heart and lung transplant (unfortunately our rates of organ donors in Australia are so low that it’s likely she won’t make it to receive the transplant) So I hurried down to emergency to see this four year old girl. Despite having an oxygen tank in her back pack and oxygen prongs in her nose she was still a shade of blue grey with low oxygen levels – normal for her. But she was gorgeous, thriving and was smiling even though she was so unwell. She was in the arms of an older woman who was tired, and looked exhausted but was still so attentive. I thought perhaps she was a grandparent (not that I ever say that out aloud anymore I’ve been burnt once for voicing my assumption and I’ll never do it again) I was told by the emergency nurse that she was the girl’s foster mum. She knew the condition inside out. She had a folder with all of her results, appointments, plans – everything. Amazing! We arrived at the realisation that she had picked up some sort of illness and had a fever. This meant that her underlying condition was sure to get worse before it got better and she had the potential to crash very quickly. We admitted her up to the ward and decided to observe her. On the ward I went back to get a bit more of a history. When I went in to her room I saw an older man there – foster dad, and a teenage boy – their child. I finally had a chance to learn a bit more about them. This couple had grown children of their own. They were comfortable and happy with their life, but wanted to do more to help the community. So they decided to become foster parents. They were handed this little girl who was only 3 months old but who had a list of medical problems longer than 80 year old. She was severely unwell and would need very frequent check ups, medications, surgeries, portable oxygen and intense TLC for as long as her little heart and lungs could manage. Without hesitation they took her on. And from 3 months to 4 years they gave her the best possible life she could ask for. They treated her better than I see some parents treat their own children. And even though this happened a while ago I still remember the foster parents telling me “We love her so much, we even love the ground she walks on” I remember welling up inside. “Mum” told me about how last time the girl became unwell the doctors worked so hard on her and did an amazing job to bring her back. She called us amazing!! US! Us doctors who use our knowledge, medicine and science to help make people better when we can. She said doctors were miracle workers and were such incredible people. I looked her straight in the eye and remember saying “We are nothing compared to people like you. You are the incredible people. We do what we are made to do, what we learn to do, what we do best. You are the ones who have it in your heart to help make this dying 3 month old girl to the incredibly well loved, beautiful, thriving four year old girl she is today. You are the miracle worker” (This was a while ago, I hope she made it to five) And with that I had to leave the room because I couldn’t hold the tears back.

Now that is what I call kindness. Some people have so much heart it puts the rest of us to shame. Of course we all do the best we can. But some go above and beyond, and that’s what takes kindness to the next level.

Be healthy, be happy, BE KIND!