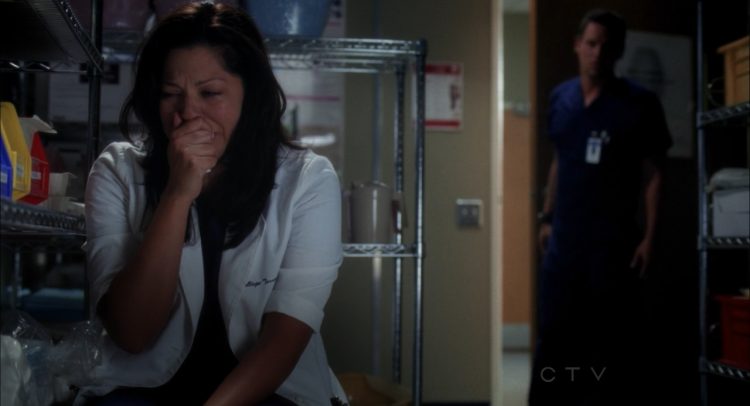 With winter well and truly upon us and emergency rooms busting at the seams, hospitals beyond their capacity and everyone being worked to the limit; this is the time when the complaints come rolling in. Parents and patients yelling at staff for the long waiting times, written letters informing hospital admin that their surgery was bumped for the third time, people suing because their doctors didn’t get to them soon enough and it turns out something was seriously wrong. We get it. It sucks. A lot. Not just for the patients or their families – but for us too.

When a non medical friend or family member has someone in hospital they vent about it. I don’t blame them, they have to. Being unwell in hospital is horrible, let’s face it no one wants to be there, let alone see a loved one in there. So of course when it feels like their loved one isn’t given the best care it’s easy to blame the doctors and nurses. But time and time again I find myself thinking – don’t blame us, blame the system.

I remember clearly one afternoon a while ago at a social gathering, someone was explaining to the others in the room how the doctor who came to review their family member in the middle of the night charted some pain relief medication, but didn’t know the patient’s history, and rushed off straight after. The whole room quickly piped up on how negligent the doctors are, how no one pays any attention to the patient and how everyone just rushes about.

Now it’s been a while since I’ve done one of those horrendous overnight “cover” shifts but the memories will never leave me. Having to be the only junior doctor looking after wards and wards of patients alone; the registrar who I was meant to ask for help from was too busy trying to keep the really sick patients alive so I was stuck trying to figure out how to manage the slightly less sick patients. I remember getting calls from nursing staff saying “Mr X’s urine output has been less than 0.5ml/kg/hr” and I’d be thinking crap my urine output for the last 10 hours has been 0ml/kg/hr. Or hearing “Just letting you know Mrs Y’s blood sugar is low” just as my stomach grumbles for the fifth time because since I had dinner before I left for work I haven’t so much as had a sip of water. During my first run of night shifts ever was the first time I witnessed a patient die. I had to certify them dead with their whole family around and then had to run off to answer the ten pages I had received during that time about other things that suddenly seemed so trivial after witnessing someone pass away. I don’t even know how I dealt with it then, I think I had a quick cry in the stair well and then ploughed on to face the growing number of jobs on my list of things to do. Every night shift would become not about caring for patients, which it what it should be, but about what we could do to make sure the patients are ok until the morning when someone more senior can look after them. And unfortunately less importantly – how we can stay afloat to manage the drive home in peak hour traffic after the physically and emotionally exhausting 12 hour shift. So it’s no wonder that it does’t take much for something to go wrong, which is when we are usually the first to get the blame.

So despite my over tired exhausted state at this particular social gathering I thought I better pipe up and say something. As defensive as I felt, how is anyone who lives and works outside the hospital system meant to know how it works? As far as everyone else is concerned our life in the hospital is like Grey’s Anatomy or Offspring. Even Med Students have no idea what it’s like until they’re in the thick of it. So I felt it was my duty to take one for the team… I explained that almost every hospital is so understaffed that at night there is less than one tenth of the numbers of doctors around to deal with the same number of patients as during the day. I explained that these few doctors on at night are probably the most junior in the hospital because they’re the cheapest to hire, and often they’re on runs of anywhere up to 7 night shifts in a row. The doctors need to review every patient who has a single parameter that is not within normal limits (heart rate, breathing rate, blood pressure, abnormal blood tests, new symptoms etc etc) and you can imagine in a hospital full of sick people how many do not have normal parameters. So this means a lot – and I mean A LOT of pages and calls.

So I politely concluded that if a junior doctor on night shift is asked to write up some pain relief and doesn’t have the chance to go over the full history, examination and everything in detail, it’s not necessarily because they’re bad doctor. It’s more likely because it’s a bad system. But it’s the best we’ve got.

Yes some doctors are better than others and yes some hospitals are better staffed than others, but in general it works because we make it work. And most of us do it because despite it all we love it. But we push ourselves to the limit, and believe it or not we often care about our patient’s health more than they do. We’re all just doing the best we can. We too are just human.

Forget the pill - birth control at its best